Throughout the day, some of the most talented chefs in Great Britain have been receiving a gift in the post courtesy of the Craft Guild of Chefs, Continental Chef Supplies (CCS) and Churchill. The package includes a chef’s jacket and Churchill crockery which signifies that the chef has made it into the semi-final of National Chef of the Year. 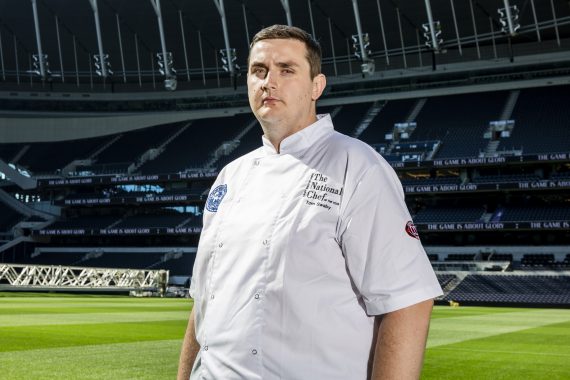 This year marks the 50th anniversary of the competition and the judges are looking for the next person to follow in the footsteps of recent champions Thomas Swaby, Nick Smith and Steve Groves. National Chef of the Year was first run in 1972 and winners in the last fifty years have also included Gordon Ramsay, Simon Hulstone and Alyn Williams.

The forty semi-finalists for this year are:

Now in a bid to take one of the top ten spots, these forty chefs must create a short video, to present an amuse bouche style signature dish that reflects their own favourite style of cooking or cuisine. The videos should explain what the dish is, why it is important to the chef and how it links to the theme. 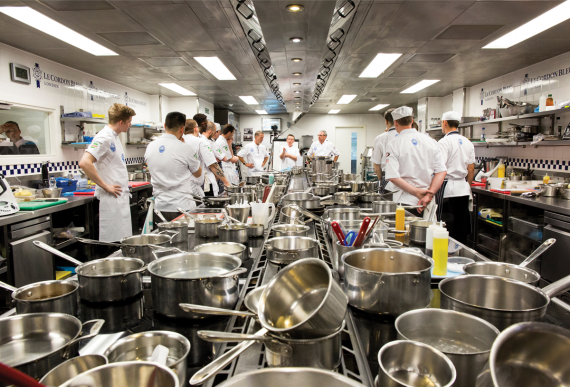 Chefs will also answer some questions posed by chair of judges, Kenny Atkinson who wants to know more about their original entry and what winning would mean to them. Once all the entries have been received a new panel of judges will whittle them down to ten finalists to compete in the cook-off at Le Cordon Bleu in September.

Kenny Atkinson who is chef patron at House of Tides in Newcastle said: “Running my own business, I know how hard it is for chefs with staff shortages and so I take my hat off to every single chef who has entered this year. Credit must also go to the establishments and businesses they work for in supporting their entries. Putting together an entry of this level is time-consuming and requires a huge amount of effort and determination. The standard of entries this year was really high which makes this even more impressive, and it’s given us judges a huge amount of confidence in the future of the industry and the talent that is out there. At the judging session, there were many dishes that our panel were intrigued to taste so we are going to have a hard job reducing them down to just ten chefs next month.” 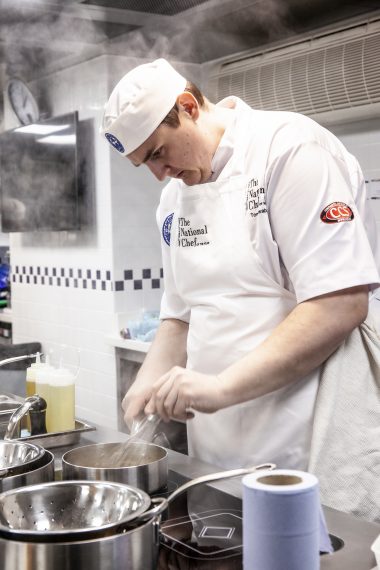 Organiser of the competition, David Mulcahy who is food innovation & sustainability director at Sodexo UK and Ireland said: “This year we celebrate fifty years of National Chef of the Year and we’ve already got some exciting events lined up for our mentor day and awards evening to mark this milestone. Each year we review the competition and look at how we can modernise it whilst maintaining the strong history and respect this competition has in the industry. Having seen the high level of entries, we’re set for another exciting battle at the final.”

The winner will not only receive the most sought-after chef title in the UK, but they will take home a host of impressive prizes including culinary experiences, equipment and trips of a lifetime.