The expert panel for the Andrew Fairlie Scholarship will be made up of Michelin star chefs Tom Kerridge and Sat Bains, alongside Masterchef winner and National Chef of Scotland, Gary MacLean and Head Chef Stephen McLaughlin and Lorna McNee of Restaurant Andrew Fairlie. 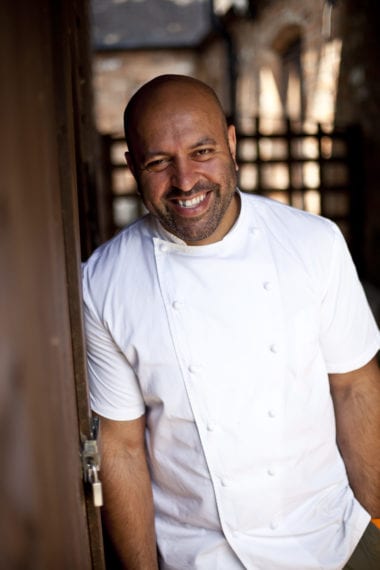 Spearheaded by HIT Scotland and supported by the First Minister, Scottish Government and Gleneagles, the scholarship was launched earlier this year in recognition of Andrew Fairlie’s significant and lasting contribution to the hospitality industry.

Gleneagles’ General Manager, Conor O’Leary, HIT Scotland Chief Executive, David Cochrane and a representative from the Scottish Government will also be involved in the judging process.

Honouring Andrew’s unwavering commitment to diversity in the kitchen, both a male and female chef forging ahead with their culinary career and working in Scotland will be awarded a scholarship each year. The recipients will gain industry-wide recognition as Andrew Fairlie Scholars and experience the thrill of cooking in an international kitchen, the Culinary Institute of America and at Restaurant Andrew Fairlie at Gleneagles.

A Roux scholar along with Andrew Fairlie, Sat Bains knows the value of this experience which he secured at an early stage in his career.

He said: “From the moment I met Andrew in 1999, via the Roux Scholarship, I looked up to him. I appreciated his counsel and advice, and I admired him hugely as a fellow chef. I absolutely treasured our friendship and some of the moments we spent together over the past 20 years are some of the highlights of my career.
“The scholarship will help to carry on the phenomenal legacy that Andrew leaves behind, and mimics beautifully the amazing opportunity that he once had when he became the inaugural winner of the Roux Scholarship in 1984. The creation of a scholarship of this magnitude in Scotland is massively overdue, and I know Andrew would have been particularly chuffed to have inspired a scholarship that will recognise male and female chefs in equal measure.

“I feel incredibly proud and privileged to play a part in the Andrew Fairlie Scholarship and I hope I am able to support it for many years to come.”

Tom Kerridge added: “I’m incredibly proud to be a part of this newly formed scholarship that is helping drive the future forward for the next generation of chefs, and I’m looking forward to helping the scholarship be firmly recognised as something that the whole industry should be proud of.”

Stephen McLaughlin, Restaurant Andrew Fairlie Head Chef, said:  “I was in the unique and privileged position to work with Andrew for 26 years – which has sculpted me both professionally and personally – and it’s with honour and pride that I continue to fly the flag for Andrew through my involvement in this scholarship.  Successful Andrew Fairlie Scholars should be capable chefs, but, equally importantly, we are looking for ‘Andrew Fairlie People’ to join the family, as individuals who can demonstrate professionalism, commitment, compassion and kindness – all that Andrew had in droves.  We are passionate about encouraging and supporting the next generation of culinary talent in Scotland – this way, as members of the Andrew Fairlie Family, we can continue his legacy in a manner that suitably represents the man himself.”

Applications can now be made via the HIT Scotland website until 28th June 2019.

Of the application process David Cochrane, chief executive of HIT Scotland, added: “In the 25 years of HIT Scotland we have been privileged to provide inspirational development opportunities to thousands of scholars and enhance the hospitality industry in Scotland through our work. The Andrew Fairlie Scholarship will go a long way to supporting and developing the industry further and we are excited by the prospect of the high calibre of entrants in its first year.”

To apply, potential candidates should complete an online application form stating why they should win the Andrew Fairlie Scholarship, alongside designing a 3-course summer-inspired lunch menu. A shortlist of finalists will then be decided who will take part in a skills test to establish the key skills that would be expected of an Andrew Fairlie Scholar.

Eligible applicants can find out more information by visiting