Jonathan said “I’m happy, really happy. I freaked out a bit when presented with the dish we had to cook, but two minutes into it, I settled down really quickly. I had done something similar to this technique but with vegetables, never with protein. I think I was pretty much on point with the timings. As it was a cold dish, plating up was a bit easier. Having been in the last National Final I wasn’t any less nervous today, but I was much less anxious the night before as I knew what to expect.”

Jonathan, who was the only one of the six to have competed in the national final before, dedicated his award to the late Andrew Fairlie, the Roux Scholarship’s first winner in 1984, who was the first person to inspire him to apply for the Scholarship. He also thanked his Head Chef Mark Donald for his support, as well Stephen McLaughlin at Restaurant Andrew Fairlie, where he started his career. 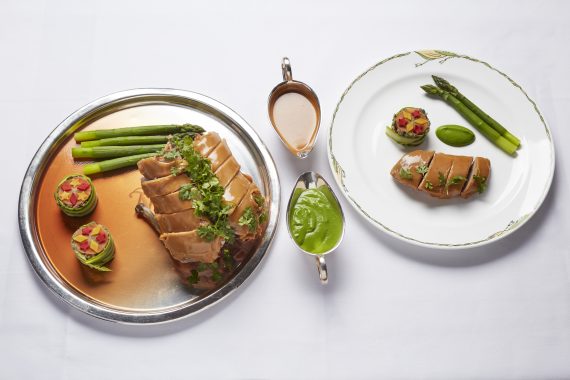 For this year’s final dish, the chefs were asked to prepare a recipe for ‘Chaud-froid of Merrifield duck à l’orange, Chartreuse of asparagus.’ This included chilled roasted ducks, coated in a brown chaud-froid jellied velouté sauce, served with chilled individual Chartreuse of asparagus. The classic French recipe, inspired by Escoffier, allowed the finalists to demonstrate their talent in numerous ways.

Michel Roux Jr said: “It was a very, very tough and testing recipe. They all rose to the occasion though and showed an understanding of the classic techniques we were looking for. The winner managed to impress with the precision of his cooking and the lightness of his sauce. It can become heavy and stodgy, but his certainly wasn’t. 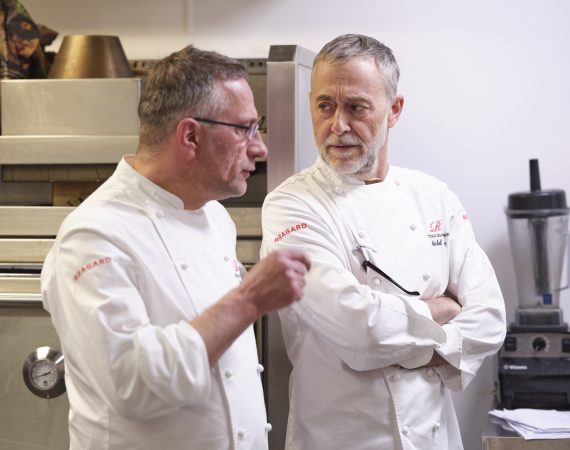 Alain Roux said: “They all seemed to have a shock when they saw the recipe and explanation of the challenge, but they quickly put their heads down and showed some inspiration. They all appeared confident and Jonnie’s dish was really creative and innovative. The specification was concise and we wanted to see how the chef had put their vision into the dish. The secret was to cook the duck correctly and create a tasty sauce. They needed great flavours but also textures were important, too.”

Jonathan was battling it out against the following chefs: 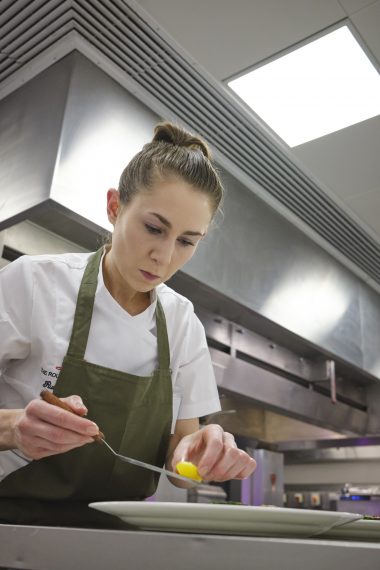 The judging panel was led by Honorary President of Judges, Hélène Darroze, whose restaurant at The Connaught in London holds three Michelin stars, while her restaurants in Paris and Provence are also highly acclaimed and hold a further three stars. She led the panel alongside joint chairmen Alain and Michel Jr, who were joined by Brian Turner CBE, James Martin, Sat Bains (1999 scholar), André Garrett (2002 Scholar), Simon Hulstone (2003 scholar) and Clare Smyth MBE. 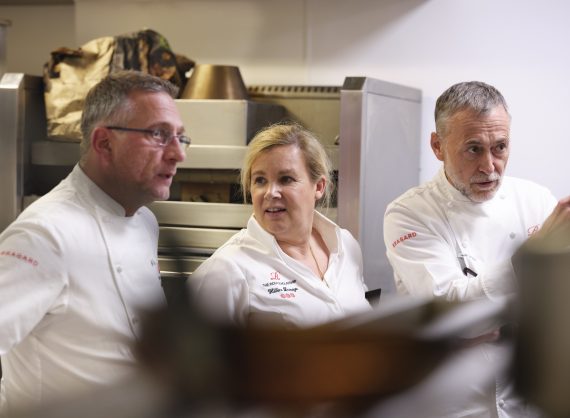 Hélène Darroze said: “It was a very challenging dish. Most of them had never cooked this way before but they were calm and not stressed and there were some really good things done in the cooking. From the best three it was difficult to choose, but the eventual winner had cooked the meat beautifully, it was perfect and the sauce was excellent too. The kitchen was very quiet and calm without stress which I was surprised about. They were all well organised and no one was late or over running which was very good too.”

The winner was announced at an exclusive awards dinner at The Mandarin Oriental Hyde Park in front of a small audience comprising the finalists’ guests, sponsors and judges, with the ceremony live-streamed via the Roux Scholarship website and YouTube channel. 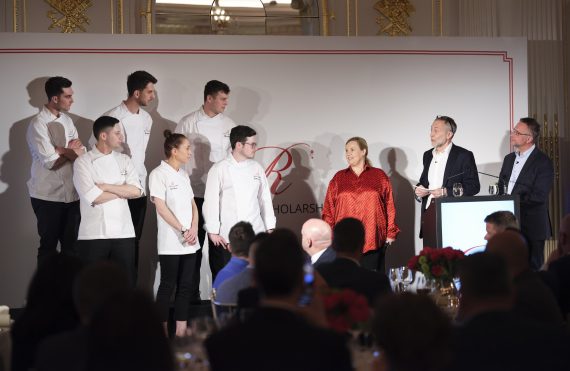 The winning chef receives £6,000, with an additional £6,000 awarded if they stay with their current employer for 15 additional months. They receive an invitation to cook and train under the supervision of a leading chef at a prestigious three-star Michelin restaurant anywhere in the world for up to three months. This is in addition to an impressive list of prizes and culinary experiences provided courtesy of our sponsors.

The Roux Scholarship would like to thank the Institute of Hospitality, University College Birmingham, University of West London and Westminster Kingsway College for their support. Details of all sponsors and supporters are included on the website: www.rouxscholarship.co.uk.

Go to www.rouxscholarship.co.uk for more information about the Roux Scholarship competition and details of the long list of prizes the winner and finalists received courtesy of our sponsors.