Master Sommeliers Xavier Rousset and Gearoid Devaney have revealed more details about TRADE, their members’ club for the hospitality industry, which is set to open in January 2019. 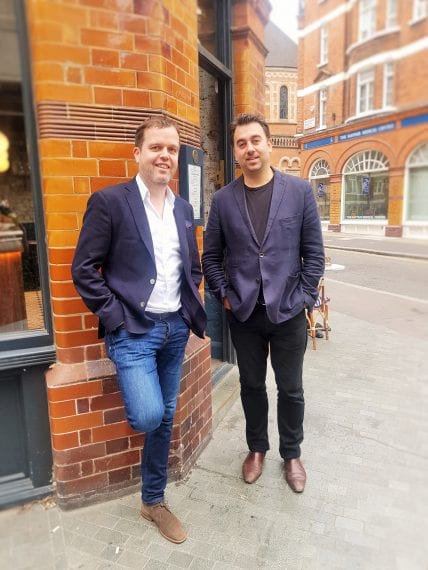 A space for relaxing, socialising and networking

TRADE will be a social space with a focus on quality food and drink sold at industry-friendly prices, where like-minded hospitality professionals can unwind with their peers outside working hours. The club will be a hotbed for networking, idea-sharing, training and inspiring the next generation of talented individuals.

The interiors of the 80-cover space have been overseen by award-winning interior designers Rosendale Design who are creating a relaxing but sociable environment, a secret haven in Soho, far removed from the frenetic intensity of day-to-day life as a hospitality professional. The club will feature a prominent central bar, and a mix of lounge and restaurant seating, including three semiprivate alcoves, and a private dining room. 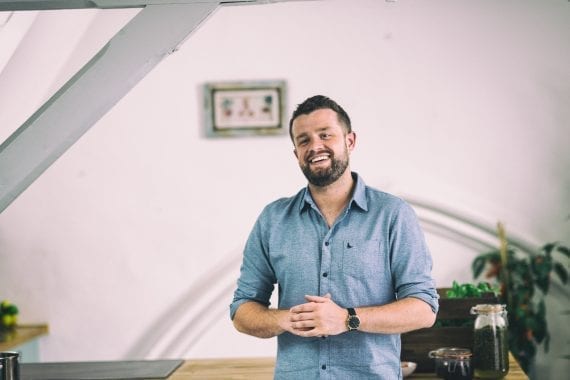 Sven Hanson-Britt has been appointed as TRADE’s consultant chef and will bring his mastery of British ingredients to the TRADE kitchen, using exceptional produce to craft a menu of modern classics and more inventive options. Hanson-Britt joins TRADE from The Ritz, where he spent seven years in service, beginning his career as an apprentice, eventually rising to Sous Chef. During this time, Hanson-Britt also reached the finals of BBC’s Masterchef: The Professionals, where he left with a new-found confidence in his cooking ability.

Hanson-Britt comments: “It’s so exciting to be part of this new venture, where the future of hospitality is on everyone’s lips. We’ve put together a food menu that we, our friends and colleagues enjoy eating during or after a busy day. It’s a simple but eclectic menu, using the best ingredients, cooked as deliciously as possible.”

One of TRADE’s industry-led features is an always open kitchen, to fit with member’s variable working hours, whether it be a meal between shifts, dinner in the early hours, weekend brunch, and everything in between. One of many member-centric initiatives to be announced are the Free BYO Lunches every Saturday, Sunday & Monday, where TRADE members and their guests are encouraged to bring a bottle of their favourite wine, to enjoy without corkage fee.

TRADE’s wine list has been expertly curated by Rousset and Devaney and consists of one hundred bins with a focus on great wines from across the world, with the majority in the £20-£75 price range. An ever-changing selection of fine wines will also be available on a separate list, all priced at a fraction of the normal margin.

Great care has also gone into the cocktail list. It will feature ten different signature cocktails, which will change seasonally, including classic favourites made with a twist, some seriously punchy latenight tots, and a guest bartender residency every other month.

TRADE will run a varied programme of member events including wine and spirits tastings, bar takeovers with guest bartenders, ‘An Evening With…’ sessions with industry legends, plus regular events, tastings and roundtables, organised by TRADE, or in conjunction with hospitality industry partners including CODE and Imbibe.

An overwhelming response from the hospitality industry

TRADE has received membership applications from all corners of the industry, with a member list including chefs, sommeliers, bartenders, hoteliers, restaurant owners, food critics, journalists, PRs, and food and drink producers. Membership will be capped to ensure TRADE is accessible for members at all times, though members are advised to phone in advance if they wish to visit at busier periods.

TRADE’s website is www.tradesoho.co.uk
TRADE is located at 23 Frith Street, London W1D 4RR
TRADE opening hours: Monday-Saturday: 11am-3am, Sunday: 11am-1am
TRADE will launch in mid-January 2019
Membership applications must be made online at www.tradesoho.co.uk, with discounts for under 25s, and an Early Bird discount for accepted memberships paid for by November 30th 2018.