A restaurant with rooms on the west coast of Wales has been named as the best in the UK at The Estrella Damm National Restaurant Awards 2022. 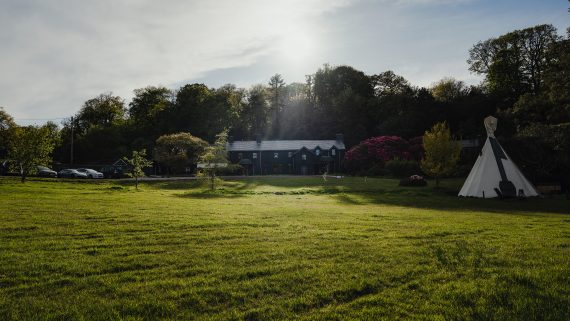 Located in a traditional country house hotel, Ynyshir is not what diners might first expect. Overseen by chef-patron Gareth Ward, this singular restaurant provides a culinary experience like no other – combining a thumping soundtrack with a succession of tiny plates of punchy, Japan-influenced cuisine cooked over fire.

Produce is largely sourced locally and much of it is aged in-house and the chefs serve dishes directly to the diners’ tables.

It is the first time in the award’s 16-year history that a restaurant outside of England has claimed the top spot.

Second place goes to Moor Hall in Lancashire, ranked number one restaurant for the past two years. Third place is London’s Brat restaurant in Shoreditch while The Ritz, also in London, is ranked at number four.

The highest new entry at number five and winner of the Opening of the Year goes to high-end Indian restaurant Bibi in London’s Mayfair.

Simon Rogan, chef-patron of L’Enclume in Cumbria, has been named this year’s Chef of the Year, while The Ritz restaurant takes home The Service Award. Staying with The Ritz, the restaurant’s head chef Spencer Metzger was also winner of the Chef to Watch award. 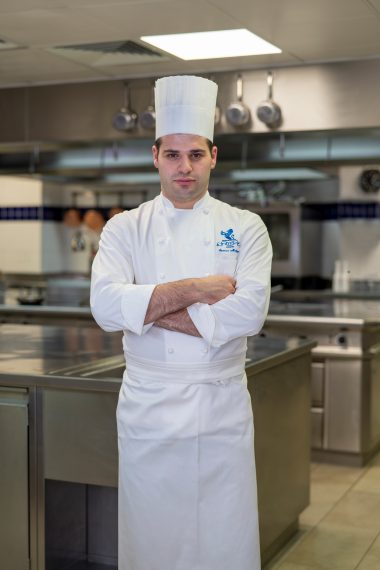 Restaurateur of the Year goes to Dan and Natasha Smith from The Fordwich Arms and The Bridge Arms, both in Kent.

“Ruth Rogers is one of those rare professional chefs that transcend the world of cooking and give it a more human, personal element,” adds Chomka. The River Café celebrates its 35th birthday this year and has played a pivotal role in bringing London’s culinary scene up from the doldrums to what it is today. Its influence cannot be overstated.”

For the first time in the history of the Estrella Damm National Restaurant Awards, the public was asked to vote on their favourite restaurant in the UK. The inaugural Food Lovers Award goes to  Beach House in Oxwich. 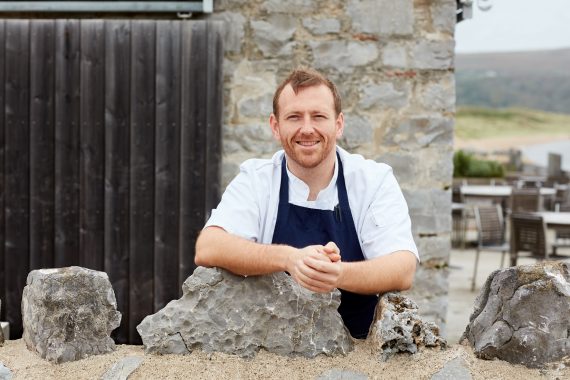 The Sustainability Award goes to Stockport restaurant Where The Light Gets In.

Juliane Caillouette-Noble, managing director of The Sustainable Restaurant Association, which judged the award, says: “Chef-patron Sam Buckley exemplifies the fantastic steps many restaurants are taking not only to source and serve the finest ingredients with minimal impact on the environment, but he is also going a big step further by bringing together farmers, their customers and the wider community to find solutions to some of the most serious issues in our food system.”

The Estrella Damm National Restaurant Awards is Restaurant by BigHospitality’s annual countdown of the top 100 restaurants in the UK as voted for by the UK’s leading chefs, restaurateurs and food writers.

Estrella Damm’s long-standing support of gastronomy and the wider hospitality industry is underpinned by a high quality, sustainable, and natural approach to its own brewing process – using only 100% natural and locally sourced ingredients and partnering with only local Mediterranean farmers. Estrella Damm takes inspiration from its collaborative production process to partner with the most exceptional and innovative chefs, restaurants, and gastropubs to raise the profile of quality beer and food pairing in the UK.

James Healey, UK Country Manager for Estrella Damm, says: “This year’s list includes a huge pool of incredible talent that deserve this recognition for being the best in the UK. Estrella Damm has always been proud to support the hospitality industry, sponsoring these awards and the sustainability award. As the beer of Barcelona, we are honoured to share our passion for brewing with the best restaurants in the UK, who also have a devotion to quality and taste. We hope this list encourages everyone to get out and support the top restaurants while celebrating the success of the industry.”

The full list of winners at the National Restaurant Awards: