The ‘Netflix generation’ is driving the meat free agenda according to a panel of top chefs who met to discuss the shift towards plant based dining ahead of World Meat Free Week (11 – 17 June 2018).

The panel, who met at Tredwells restaurant in Seven Dials, included:

Russell Bateman told the panel: “There’s just so much info out there now – entire feature length documentaries about intensive farming, a rising population, and just how unsustainable our current level of meat consumption is. Don’t underestimate the power of Netflix. It’s having a real effect. I see it every day at work, particularly among our younger chefs.” 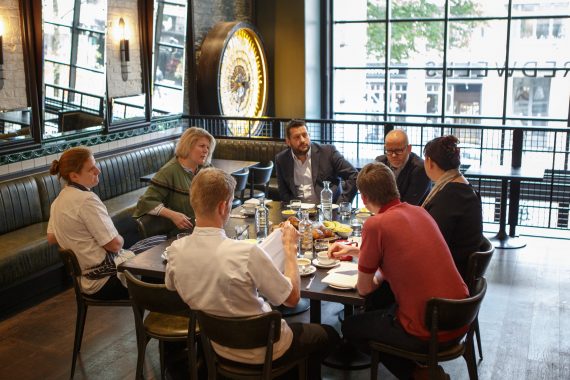 Agreeing with Bateman, Chantelle Nicholson added: “Young chefs are definitely much more open to plant based food. There’s a lot more information and inspiration out there now, which they’re using to learn and grow from. They’re a lot more aware of what’s going on and the challenge that lies before them. And they’re embracing that challenge, learning new techniques and experimenting with ways to create delicious plates using plant based ingredients. I think that’s a very positive thing.”

In a sign of the times, the chefs – all of whom serve meat on their menus, as well as a number of plant based dishes – revealed they eat plant based meals at home at least twice a week, primarily for health reasons, but also citing sustainability concerns.

Helena Puolakka added: “People are dining out more often, and this is having an impact on the amount of choice they want each time. We used to have a whole menu with just allergen free dishes, a whole menu with just gluten-free dishes, a whole menu just for vegetarians and vegans. It just became too much. Now we have one menu designed with inclusivity in mind, with something for everybody – whether that’s people with allergies, coelaics, or just people who are trying to eat less meat.”

The global population is estimated to reach 9.1 billion by 2050 – meaning the world will require an extra 200 million tonnes of meat annually if the present rate of consumption continues[i]. With meat production already responsible for 14.5% of global greenhouse gas emissions – more than all emissions from global transport combined[ii] – the current shift in attitudes towards lowered meat consumption is welcome news. 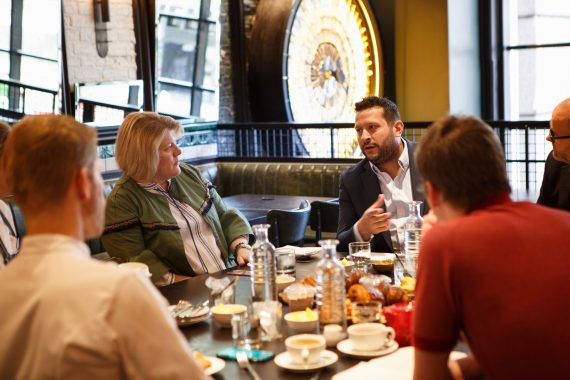 Hayden Groves said: “People who consciously eat little or no meat – or any animal products at all for that matter – have been around for decades. But plant based diets have only now hit a critical mass and taken root in the mainstream. And health and environmental concerns are no doubt central to that. We’re talking about a shift in long-term attitude, not a fad.”

The chefs took part to show their support for World Meat Free Week. To get involved, simply pledge your support at www.worldmeatfreeweek.com and swap one or more meals to meat free between 11 and 17 June 2018. As well as helping to drive awareness of a ‘less and better’ approach to meat consumption, just one swap can:

And globally, we would save:

World Meat Free Week aims to encourage people around the globe to reduce their meat consumption. Now in its fourth year, the global initiative will build on the success of last year’s World Meat Free Day which saw a reach of 200 million people globally with support from Greenpeace Worldwide, Quorn Foods, Chris Darwin, John Bishop and Joanna Lumley. World Meat Free Week will call on everyone to swap to one or more meat free meals between 11 and 17 June 2018.