Three student chefs from The Sheffield College are enjoying the sweet taste of success, having been crowned Zest Quest Asia 2022 champions at a gala dinner and awards night held on 8th April 2022 at the Hilton London Heathrow Airport Terminal 5.

For their outstanding efforts, culinary students Jack Hayes, Max Heath and Rhiannon Siddal, along with their tutor, Andrew Gabbitas, catering lecturer at The Sheffield College, have won an educational trip of a lifetime to Manila and the province of Negros Occidental (popularly known as ‘Sugarlandia’) in the Philippines.

The prize, sponsored by Don Papa Rum, will enable the team to discover first-hand the sights, smells and tastes of traditional Filipino cuisine, and participate in a range of activities including culinary master classes and a charity dinner. In addition, they will enjoy the rare opportunity to visit the lands and distillery in southern Philippines where Don Papa Rum is produced from local sugarcane. 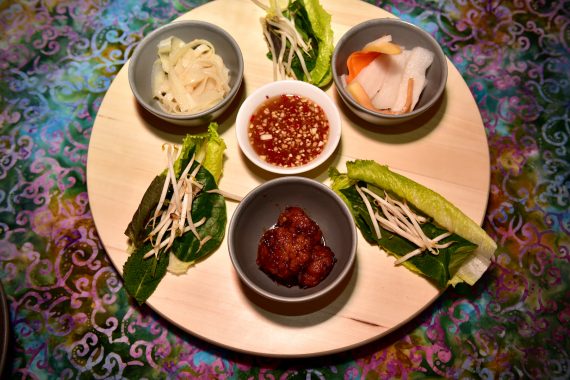 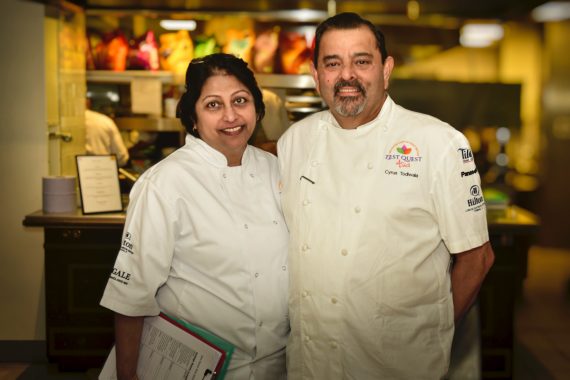 Zest Quest Asia was founded by restaurateurs Cyrus and Pervin Todiwala with the support of the Master Chefs of Great Britain in 2013. This year, 2022, marked the long-awaited return of the live cook-off and ‘in person’ awards evening after a pandemic-induced two-year gap, which the organisers filled with three successful on-line spinoffs.

Cyrus Todiwala OBE DL FIH said, “I am so proud of the fact that our Zest Quest Asia competitors were performing like true professionals, with the attitude and mindset of winners. Their menus were exceptional, and the judges and I were taken aback by the scale of their ambition, with one college even offering a menu tracing the length of the Silk Road. But despite the tightness of the competition, there could only be one overall winner, and The Sheffield College inspired our imaginations and taste buds with a brilliantly executed menu that captured the cooking techniques and tastes of Vietnam.

“We are deeply grateful to our sponsors and supporters, many of whom have worked closely with the students and colleges to ensure they could incorporate the latest industry trends in ingredients, flavours and technology. And having experienced the Philippines myself, I cannot begin to describe the exciting world that awaits our winners in Don Papa Rum’s ‘Sugarlandia’! Congratulations to the worthy winners.”

Joanna Kennedy, marketing manager of the Bleeding Heart Rum Company, creators of Don Papa Rum, said, “Zest Quest Asia was a spectacular event to be part of. Not only did the students blow us away with their craftsmanship and ingenuity, but they explored daring flavour combinations we had never seen before. It was phenomenal to introduce and cultivate Asian cuisines amongst these young, budding chefs.

“Don Papa Rum and Zest Quest Asia share the advocacy to raise awareness and celebrate Asian heritage in food and drink. And we wanted to support the bounce-back of the hospitality industry after a very difficult few years and engage with aspiring chefs to help keep their dreams alive.”

Andrew Gabbitas BEM, said, “I am absolutely delighted for our young students on their winning Zest Quest Asia 2022. Their tireless efforts & dedication have really paid off. To execute a menu with no protein, in a such a highly esteemed competition, took a lot of courage. Their flavour profiles were spot on. Moreover, throughout the competition, the camaraderie among all the competing students & their lecturers was first class, a true pleasure to be a part of.”

In addition to being named the new Zest Quest Asia champions, The Sheffield College team also won the Tilda Special Award for the Best Use of Rice, which will take them on another exclusive trip, this time to Northern Italy.

Other Zest Quest Asia 2022 winners were:

The reception canapes were prepared by students at the University of West London’s London Geller College of Hospitality and Tourism. The evening’s special guest speaker was Lord Karan Billimoria CBE DL, president of the Confederation of Business Industry (CBI), who encouraged the 200-strong audience from industry and education to “pursue non-stop curiosity and non-stop learning…Learn as if you are going to live forever.”