Elliot Wakefield has been named the winner of Riso Gallo’s UK & Ireland Young Risotto Chef of the Year 2022.

Elliot took the title with his Pumpkin Risotto. Chairman of the judges, Paul Gayler, commented, “It was another hotly contested final this year, one of the closest run finals for years. However, the judges were in total agreement that  Elliot’s pumpkin risotto dish was full of flavour, complexity and character, while retaining the classic disciplines found in a great risotto”.

The 20 year old chef, from Weybridge, studied his craft at the University of West London, and currently works at Gordon Ramsay’s Savoy Grill, London. 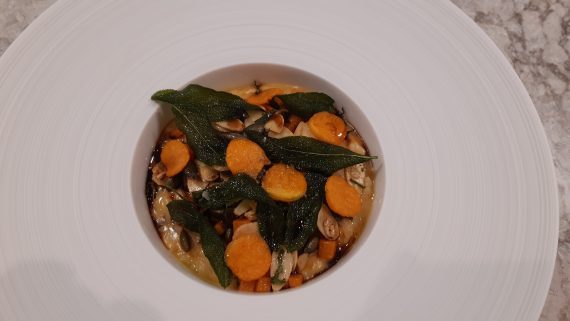 Elliot commented, “I chose to cook this dish because when I was 12 years old my parents took us on holiday to Milan. I tried this dish and fell in love with it. It’s a dish that is close to my heart and I am thrilled that it won me the title!” 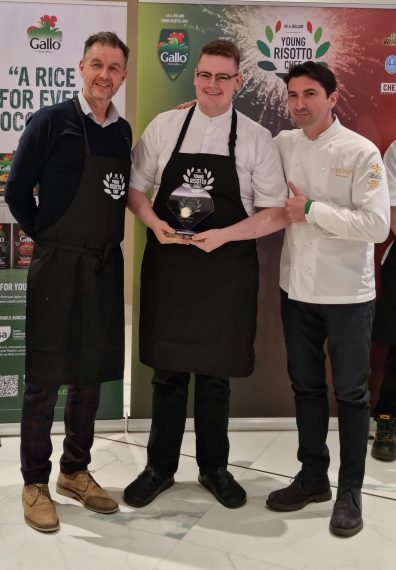 Jason Morrison, MD Riso Gallo UK commented; “We have seen another great final for our UK & Ireland Young Risotto Chef of the Year competition. We have a wonderful calibre of judging chefs,  and to see the passion in our young finalists is very rewarding. For over 165 years, Riso Gallo has supplied many of the top chefs across the world with Italian rice of the highest quality. We understand their passion and commitment to their craft, and the years of training they undertake. We launched this competition to help foster and reward the next generation, who can inject personality, passion and creativity into their own vibrant, exciting risotto dish. Our UK & Ireland Young Risotto Chef of the Year has gone from strength to strength each year.”

The Riso Gallo UK & Ireland Young Risotto Chef of the Year 2022 is now in its fifth year and is aimed at budding chefs aged 17 -23 years, whether in education or out in industry. The Grand Final was held in London at the Tottenham Hotspur stadium on the 4th April.

Riso Gallo, the first international brand in the sector to have produced rice from sustainable agriculture, is supplying the Tottenham Hotspur Stadium with its range of sustainable rices for use in their catering facilities.

Tottenham Hotspur was named the Premier League’s greenest club following a study carried out by the UN-backed Sport Positive Summit, with a range of sustainable measures implemented across their operations.